HomeTravelCrazy Rich City: What You Should Experience In Astana, Gem Of Kazakhstan

Crazy Rich City: What You Should Experience In Astana, Gem Of Kazakhstan

From the airplane window, I can see the flat, endlessly vast land of Kazakhstan, and then, out of nowhere, Astana comes shimmering into view, with shiny metal and glass scattered all over the stepped land of Kazakhstan. Astana, meaning “capital” in Kazakh, feels like an ultra-modern city that will surprise visitors who have never been to Kazakhstan before. As the new capital at only 20 years of age, it has evolved from large steppes into clusters of shiny buildings, most of them designed by world-renowned architects.

The next question is, how did they get the money to design this ultra-modern city? The answer is in the billions of barrels of oil and gas that have been discovered in the country. So let’s cut to the chase and present to you some of the most memorable places you should experience in Astana 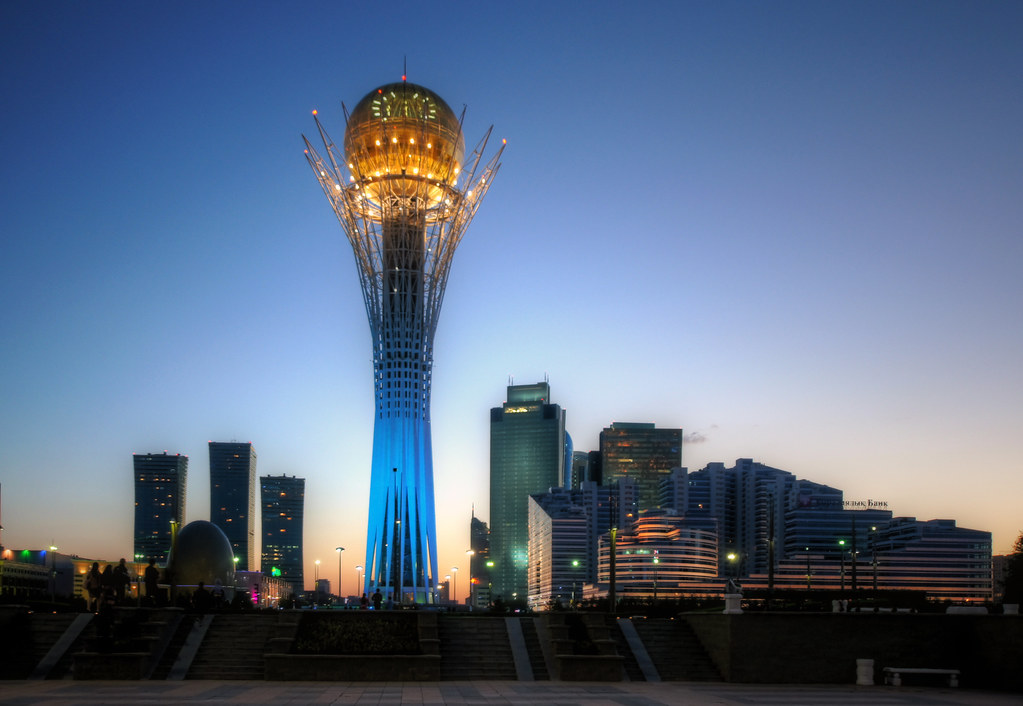 Astana Bayterek Tower, a tower with a ball placed on top, was designed by the long-standing president of Kazakhstan, Nursultan Nazarbayev, during a state dinner. However, the unique construction of the tower is more than just a unique artistic design: the ball is meant to symbolise an egg nestled amongst tree limbs—a reference to an ages-old local folktale about happiness and beginnings. 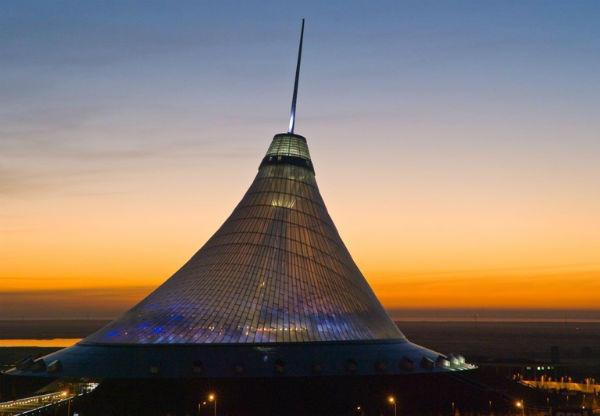 My next visit was to Khan Shatyr shopping centre, designed by Norman Foster, an eye-opening experience that represents as unprecedented level of how a shopping mall should be. As the world’s biggest marquee with a height along the spire of 150 metres, a special chemical lining protects those inside from the winter cold and helps it maintain a special microclimate inside the mall. Get this: it has an artificial beach with sand imported from the Maldives that requires a constant temperature of 35 degrees Celsius. No big deal, right? 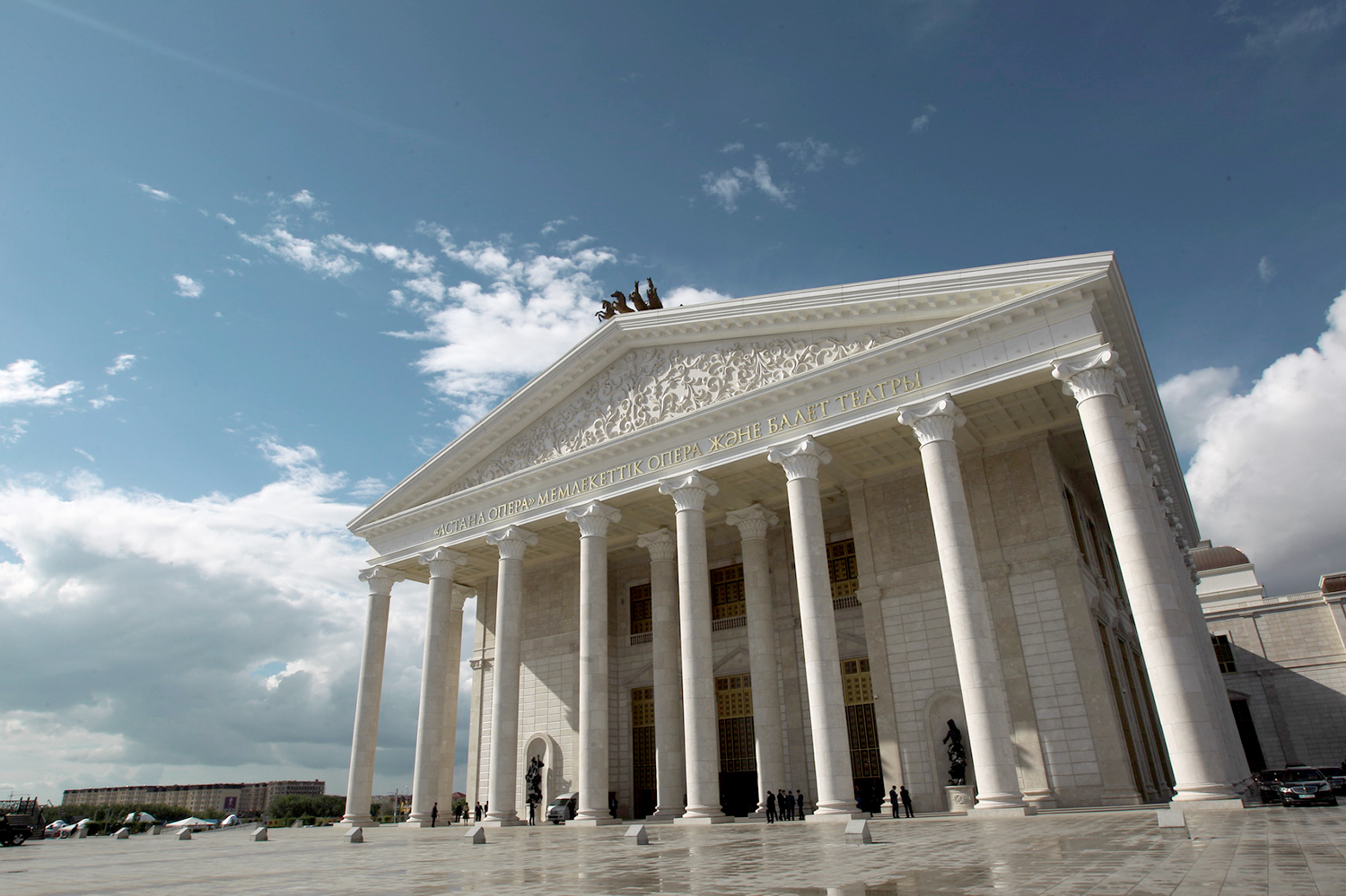 With stunning design strongly influenced by the Italian theatres of the 19th century, Astana Opera officially opened in 2013. After standing shivering for a while outside the grand wooden door under the cold autumn weather, we were finally allowed in for a private tour of the building. The acoustics of the theatre were designed by ergonomic physicist Enrico Moretti and Maria Cairoli, making them among the best in the world. The opera house includes two halls: the Main Hall and the Chamber Hall, which host various operas, ballets, and chamber music shows. One of my favourite feature of the place is the 1.6-tonne chandelier that hangs in the 13m-high foyer and the amazing frescos of Charyn Canyon and Burabay, making it hard to leave the place even after a two-hour tour. 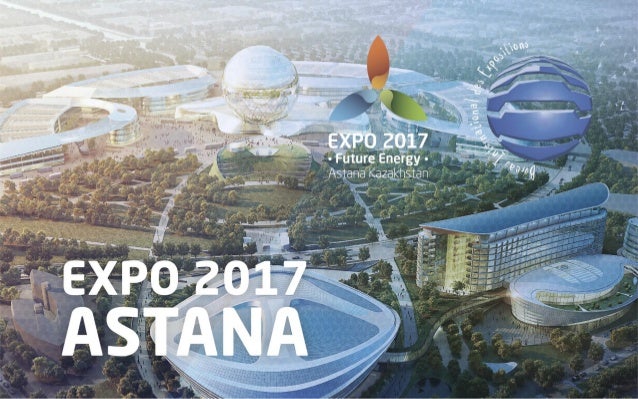 As the country that hosted EXPO 2017, Kazakhstan created a special exhibition themed “Future Energy”, with eight storeys full of educative and groundbreaking future energy technologies. The museum of future energy is housed inside the largest spherical construction in the world to be an illustrative example of an energy-efficient building. The upper part of the sphere is covered with photovoltaic panels and equipped with two wind turbines with a 20kW capacity. There are robots on every floor that can take you on a tour of the museum, which will surely be a hit with all children. With crazy modern structures that are built based on energy efficiency, this is one place you should not miss in Astana.

Nursultan Nazarbayev, who has served as president of Kazakhstan since the presidential office was created 28 years ago, is credited for managing peaceful intra-ethnic and intra-religious relationships in Kazakhstan, with large mosques, churches, and synagogues scattered all over the city. With many surprising elements that will leave you full of wonderment, this is a city worthy of exploration for sure.

See Also:  Crazy Rich Asians: 9 Locations In The Film That You Must Visit In Singapore

An Adventure in the Heart of Australia’s Rugged Northern Territory February 6, 2020

HomeTravelCrazy Rich City: What You Should Experience In Astana, Gem Of Kazakhstan
×